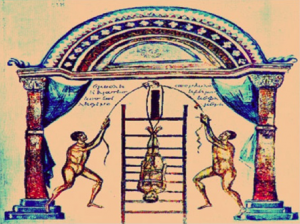 Donald Trump disparagingly refers to it as “wherever”. It’s the background of every ultrasound baby picture including those overshared by Michael Bublé on Instagram… 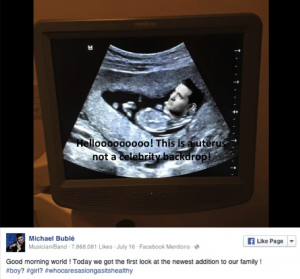 It’s the place where we were all implanted and spent the first, most carefree nine months of our lives, but is there a more maligned, disrespected or mistreated organ than the uterus?

The ancient Greeks who gave us democracy, tragedy and the Pythagorean theorem also came up with the wacky wandering womb. In Plato’s Timaeus, the uterus is described as a living creature that travels around the body, a uterine Randle McMurphy inciting the other organs to rebellion and generally causing mayhem, both physical and emotional.

The Greek word for uterus is hystera (ὑστέρα) which begat the diagnosis hysteria and expectant descriptions of errant behaviour–George Beard wrote a catalogue of hysterical symptoms running seventy-five pages, a list that he considered incomplete. The etymological line of causality blames the uterus for hysteria and therefore it’s no surprise that hysterectomy was a common treatment.

From ancient Greece to as recently as the 1950s, hysteria has been used as a catchall to dismiss women as frail and flighty. Today, pre-menstrual syndrome, the fearsome Rosemary’s Baby of hysteria, has taken its place. Rather than high-strung hysterical women who can’t handle the stresses of life, women in the throes of PMS are monsters of hormonal imbalance. They speak up, say no and ask difficult questions. They have blood coming out of their eyes or “wherever”…

It’s not surprising that a womb prone to hysterical wandering may occasionally slip and fall. Ancient Egyptians treated the uterus that had fallen into the vagina by covering the body with a mixture of petroleum, manure and honey. If you think that sounds bad consider the Greek treatment of succussion in which a woman was tied upside down by her feet and bounced up and down, then put to bed for three days with her legs tied together. Reminds me of my honeymoon. As late as 1603, the fallen uterus was attacked with a red-hot iron to scare it back into place.

Arataeus, the Dr Oz of second-century Greece, referred to the uterus as an “animal within an animal”. Conflating women and animals is a tradition that Donald Trump upholds to this day.

What organ is the shape and size of a pear but can stretch to the size of watermelon, incubate a baby for nine months and snap back into shape again? It’s the uterus ladies, the miraculous Spanx of sex organs, and it’s tired of playing third fiddle after the vagina–merely the dark passageway to the uterus–and the clitoris, that cocky bundle of nerves.

The uterus has no monologues, no cute little nicknames, no special u-tee-tee episode on the Oprah Winfrey network. Naomi Wolf has never written a new biography of the uterus calling it the goddess-like epicentre of female consciousness. The uterus is the Rodney Dangerfield of sex organs: it gets no respect.

But there’s womb at the top and it’s finally time for the uterus to take its rightful place as an organic force to be reckoned with. For centuries it’s been known as the delinquent sex organ that likes to play hooky, a repository of poisons, a wanton troublemaker. Let us take back the uterus, rebrand and relaunch it as…what can we rename it?

“The uterus is also called matrix because it is the mother of all…” John Moir, 1620. 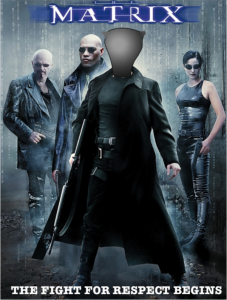 Matrix is perfect. Here’s the first billboard campaign for The Matrix…

The uterus has been miscast as the miscreant mother of hysteria, but not even Donald Trump would dare to mess with The Matrix, the mother of all.

If you would like to express your solidarity with the matrix and with women who suffer from the very real affliction of uterine fibroids, please visit the CANFib Facebook page where the mother of all gets the respect it deserves.