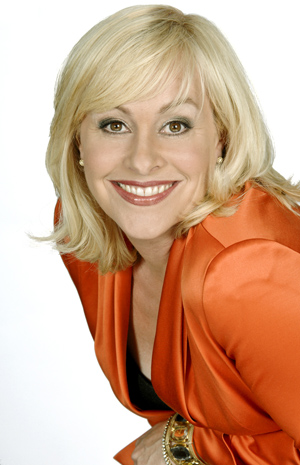 In 2004, Dianne’s father was diagnosed with cancer, affecting her profoundly. She felt overwhelmed and unprepared for the immense responsibility of becoming her Dad’s ultimate decision-maker, caregiver, champion and advocate during what became a profound journey through a complex and confusing medical system.

Dianne witnessed the gaps in healthcare first-hand and the impact they had: putting patients at a disadvantage, discouraging participatory engagement, challenges navigating the system, creating an additional burden of unnecessary anxiety in the vulnerable patient and their caregivers, poor coordination of care, lack of integrated medical records systems, poor communication, overburdened health care providers, and a system at risk of sustainability. With her dad on his deathbed, Dianne had what she describes as an epiphany which led to a major shift in her career and personal focus.

She left her role as a CEO in financial services in order to move to health care to make a difference in the lives of Canadians stricken with profound illness. Today she advocates and champions for patients, inspires others to innovate and adopt disruptive technologies in order to ensure the highest quality of care in Canada, works to influence Health Policy and lead system sustainability and transformation.

Dianne is currently a Board Member at Holland-Bloorview Kid’s Rehabilitation Hospital, Patients Canada, and is past-Chair of the Women’s Brain Health Initiative. She also sits on the Advisory Boards of CAPCH (Canadian Association of People-Centred Health), ARC (academic e-health research collaborative), York University’s Faculty of Health, Mt. Sinai’s Personalized Medicine Institute and an incubator for mobile technologies to support health care. Dianne is a Business Lecturer at McMaster University’s DeGroote School of Business.

In 2012 Dianne was appointed Founder and President of UHN Solutions on a two-year mandate to create a new centre within University Health Network (Toronto General Hospital, Toronto Western Hospital, Princess Margaret Cancer Centre and Toronto Rehab Hospitals) that would focus on innovation and commercialization. Her role at UHN Solutions allowed her to combine her passion for patient advocacy and empowerment with a belief that unique social-entrepreneurial funding models could be created to help feed Canada’s universal healthcare eco-system to help achieve sustainability – ultimately enhancing the quality of care for all Canadians.

Dianne’s mission is to mobilize organizations and Governments to rethink healthcare while leading a sustainable and consumer-centred transformation.

As the former President of Best Doctors Canada, she is credited with making a difference in people’s lives with the change in diagnosis and treatment (22% and 61%) and the empowerment of patients  resulting in Best Doctors becoming one of the most sought after employee benefits. With Dianne’s leadership, Best Doctors Canada now makes a difference in the lives of over 5 million Canadians. In addition to her role as President, Dianne helped drive the global branding and go-to-market effort of the Best Doctors organization, which now operates in 30+ countries worldwide, as Head of Global Marketing.

Prior to her leadership roles in the healthcare industry, Dianne was Chairman and CEO of Worldsource Wealth Management (a subsidiary of Guardian Capital Group Ltd.). As an international keynote speaker and expert panelist, Dianne has spoken a number of times at The Economic Club of Canada. She writes for the Huffington Post, PolicyMatters, and Health & Lifestyle Magazine. Dianne has been interviewed extensively about healthcare, innovation, leadership and branding in print media and television, including the Globe and Mail, BNN, SunMedia TV, The Charles Adler Show and CBC.

See the stories of each of the Canadian Women Changing Healthcare:

Your story is important. Share yours now by clicking below.