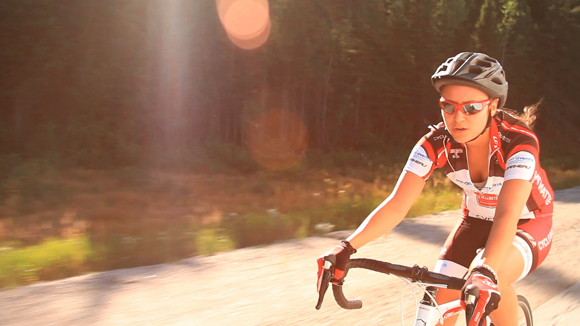 Last time, the Cycle 4 Team and I were continuing our journey across Canada –remaining kilometers: 1500, Toronto to Digby. We had already completed roughly 5500 from British Columbia. So no sweat, right?

Well, no. There was sweat. Plenty of it. Half of the reason cyclists always wear glasses is to avoid rain, bugs or dirt in their eyes. The other half is to avoid sweat splashing from the rider in front of them.

No matter the amount of perspiration, the next few hundred kilometers would be extremely special for me. I was fortunate enough to bike through my hometown in Toronto’s east end, and enjoy seeing all the places that have meaning to me; my grandparents’ street, the Tim Horton’s where I usually meet friends, the mall where I had my first job.

My second “hometown” of Kingston, where I spend more than half the year as a student at Queen’s was also one of our stops. To see my friends and family welcoming me home, in both cities, just spurred me on to pedal faster and harder for the last few legs of our ride into Quebec, New Brunswick, and Nova Scotia.

I can firmly say that no other region in the world looks more like Europe than rural Eastern Canada. Now, I may not have seen many places—heck, I haven’t even been to Europe—but the cobblestones on the roads, the smell of fresh produce, and the relaxed aura the neighbourhoods transported you from a small Quebecois village to a countryside villa in France. The people wave, echo, “Bonjour!”, with beaming faces; they may not have known who we were or what we were doing, but for us to roll through their home made them feel special. The intricate architecture of their town’s churches made even those non-spiritual thank God for the journey we were embarking upon. 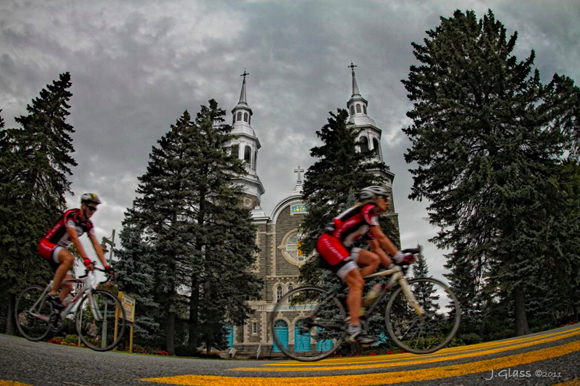 Most people saw the Cycle 4 Relay as an innovative way of raising funds and awareness for the cause of your choosing, however it was really much more than that. What other opportunity allows you to go from end to end of your country, observing the quiet beauty and delicate landscapes that we usually take for granted? There’s so much you can miss while driving, and so many actual roads you don’t get to appreciate—they call it a “scenic route” for a reason.

The day we finished, we were required to take a three-hour ferry, from New Brunswick to Nova Scotia. Yeah, three hours! That’s a long time, even when you’re not waiting for one of the biggest finales you’ll experience in your life. I suggested watching Titanic to pass the time; it’s three hours too right?

Getting off the ferry in Digby, the ocean spray misted our faces as we prepared to pedal our last 10 km. However, we wouldn’t be pedaling alone; we had been honoured with police escorts into town on motorcycles (I’m also inquiring to using these year round at home). You know the saying “as far as the eye can see”? Well, this was the true meaning of the phrase: thousands upon thousands leather clad chopper-riders lined the streets as we rode to be welcomed by the mayor of Digby. The kind words he and the supporting Wharf Rat Rally shared with our team left us smiling through our tears. It was a spectacular finish to the most important thing I’ve done with my young life thus far. 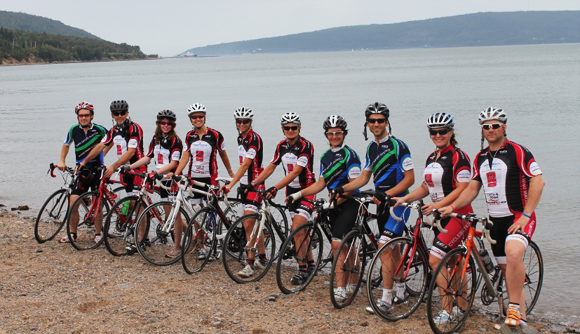 We didn’t wake up at 5AM every morning to be praised, we didn’t cycle through the night to be honoured, we didn’t fight through hail and thunderstorms to be applauded–this was about finding an eventual cure for diseases that effect our lives daily. Riding for a father who passed away from cancer, for an uncle with Type 2, or like myself, a newly diagnosed Type 1 trying to set an example and share the flame that’s been alit within me for only two years now. We all had different goals, but we became one big family–riding for everyone’s family. I’m so blessed to have met all our riders…I have an automatic smile when I think about you guys.

In my past 21 years, there have been moments where I take mental pictures because I know later when I’m old and grey, it will stand as a definitive point. You know the saying: when your time is comes, your life flashes before your eyes. The past 23 days I’ve been blessed enough to capture endless flashes: feeling so insignificant and miniature admiring the Rockies, easy silence and bliss through the Prairies, dipping our feet and wheels into the Atlantic; and touching sentiments from teammates, pride exuding through their sweaty grins, hugging me as if I was their own kid. My camera isn’t full, I’ll get some new film for next summer.