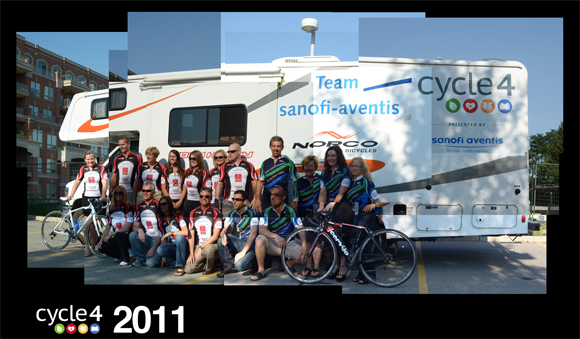 Aryssah had just embarked on a cross-country journey to raise $15,000 for the Juvenile Diabetes Research Foundation.  Having been diagnosed with Type 1 diabetes only 2 years earlier, a long-distance athletic event was a formidable undertaking.

It took the Relay just 13 days to reach Toronto from Vancouver for a mid-point media event. Here we were finally able to meet Aryssah face-to-face to find out what drove her to spend a month in the saddle, to raise money, and speak out about her experience as a diabetic.

“I want to be worth imitating.  I believe that with any sort of ailment that you’ve had, you can fight a battle a lot harder when you’re going uphill than when you’re on flat terrain.” 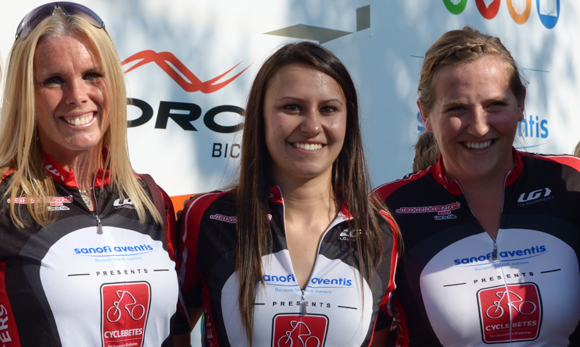 Pat Com: How long have you been a Diabetic? Aryssah: I was diagnosed when I was 19. I’m 21 now so I’ve been living with it for 2 years. I had been hypoglycemic before (which means low blood sugars), so I would load up on sugars before I did athletic activities. I guess my doctor didn’t take it as a warning sign of diabetes as no one else in my family had it.

Pat Com: What prompted you to seek a diagnosis? Aryssah: I played a lot of competitive soccer and competitive sports. I was getting very bad leg cramps. I’m not the type of person to be lethargic at all and I was very, very tired. I was going to the bathroom frequently, drinking lots.  I went to my family doctor and when he took my blood sugar it was, I think, 37.  It’s supposed to be between 4 and 7. So it was quite off the charts and I went to the hospital the next day and started on insulin.

Pat Com: And how has it been for you personally? Aryssah: To be honest, I’m kinda glad it happened. I know it sounds crazy. But after that I decided to take on more than I ever thought I could. I started volunteering and started doing marathons and events like Cyclebetes where I challenged myself in terms of saying, “just because I’m diabetic doesn’t mean I can’t do it.” Someone telling me I can’t do something just pushes me ten times harder to do it even better. So, after I was diagnosed it became like a fuel to me, in terms of gearing me up to do new ambitions that I hadn’t thought of before.

Pat Com:  Why is sharing your story important? Aryssah: I feel that once people are diagnosed it’s sort of a shock and they can be taken aback not really realizing that “hey, this could be an opportunity to fight against adversity and see what I can do.” There’s some ladies who have told me their sons were diagnosed at 19 and they kind of accepted it and didn’t do anything about it. So I feel like my story could help influence them and say “Hey, something can be done!” 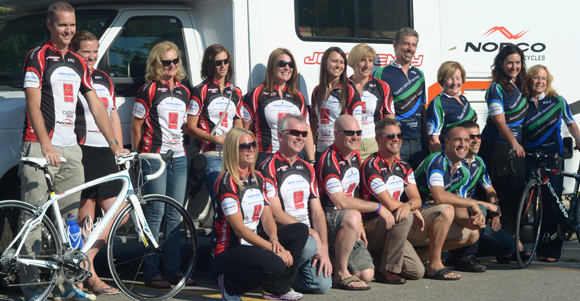 Pat Com: How do you choose to give back to the diabetic community? Aryssah: Because I go to Queen’s University I spend most of my time there where I volunteer at Kingston’s General Hospital. Ultimately I feel like my biggest contribution is Cyclebetes.  I’m raising $15,000 this summer to go across the country from end-to-end and donating it straight to the Juvenile Diabetes Research Foundation. If other people can see what I’m doing as a Type 1, a young Type 1, and a newly diagnosed Type 1, I definitely feel like I can make a difference and be an inspiration to others.

Pat Com: What has cycling been like for you? What’s it been like hitting the road each day? Aryssah: It’s pretty tough. Going into a ride if my blood sugar is high, I know I won’t be able to do as well because my mouth will get so dry. Being low going into a ride I know I’ll get shaky and not participate to my best as well.  So it’s really about finding that balance. Even after I’ve been active, say, if I’ve been out riding for an hour and a half,  in the next two hours my blood sugars could drop – that could seriously affect my ride, because I’m on multiple times per day. So it’s all a balancing act. It’s been pretty tricky. It’s a lot of protein and sticking to my insulin.

Pat Com: What’s it like to get off the bike after a long day? Aryssah: Oh my god I feel so good! I’m just looking for a hot tub or a pool. It’s good to relax, we get to have fun with these guys. It is a journey and an athletic endeavour. To be with these guys and to see what we see is definitely worth it.

Pat Com: So, what’s next? Aryssah: To be honest, I’ve been so blessed to have met these people and to have experienced what we have. I would love to do this again. I’m still young, I have law school to get through and the rest of my life.

Ayssah and the C4WM: National Relay will conclude their journey across Canada this Sunday, when they arrive in Halifax.

You can support Aryssah and her fellow riders on the 4WhatMatters website here.  All our best to Cyclebetes and Team Sanofi-Aventis for a safe ride to the east coast.