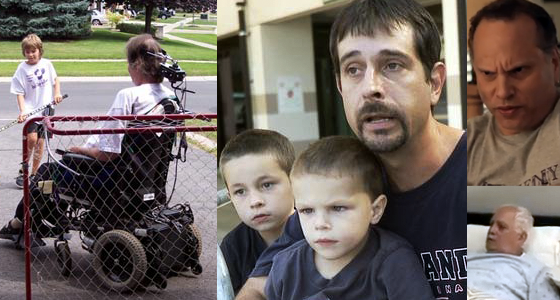 I’m reminded of the time my father came to visit me in the hospital after my second bowel resection.

He entered the room in earlier afternoon, walking at a measured pace with his cane, neatly dressed in a suit, winter overcoat and fedora. Ignoring my mother’s exhortations that a man of 91 and such short stature shouldn’t be travelling by public transit on a wintery day, he navigated the system to come and sit by my side.

He related in extreme detail, and with great pride I might add, how he walked to the bus stop, got on the bus and leisurely rode the 35 minutes to the subway. He described all of the new buildings he had noticed along the way and admired the courage of the developers and the creativity of the architects. Getting off the bus, he transferred to the subway, agilely maneuvering down the long escalators leading to the cavernous stations. “I took my time” he cautioned, when my eyes opened wide with the image of his aching, arthritic knees adjusting to the many steps. Once off the subway his chest puffed up as he was able to breathe the cold fresh March air and coast the rest of the way by foot to the hospital.

That was pretty much the dialogue that day. I was 2 days out of surgery, still deeply under morphine influence, aching gut, and not up for company. It didn’t matter to him that I wasn’t very hospitable or communicative. He wanted to be there with his son. That was all that mattered and the conversation wasn’t that important.

For the next 3 days he repeated the trip, same suit, same hat. Same conversation.

My father’s sense of duty is an example of how the illness experience can be interpreted by a parent witnessing the illness of a child, regardless of their age (I was 49 at the time). It starts with the first sniffle as a baby.

This weekend we celebrate Father’s Day and the relationship of parents and children challenged with an illness. There’s Aza Raskin’s lyrical memory of his late father Jef Raskin, inventor of the Mac, and Pulitzer Prize winner Buzz Bissinger’s brutally honest memoir of his road trip with brain damaged son Zach. Unlike the conversations I had with my dad that week over 12 years ago, not one of these stories is the same.

Feel free to add your story to theirs.