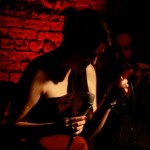 So, after 40 years of following the first rule of T1D Club: Don’t talk about T1D, and disseminating the information that I live with this condition on a need-to-know basis only, this has been an emotionally challenging week for me.  ‘Coming out’ as a person living with T1D in a very public way, using my August 14 gig as a vehicle to end the secrecy and raise awareness feels terrifying.

What will people think of me now? What will the reaction be?  The reason I went underground in the first place was to avoid dealing with people’s adverse reactions to finding out:

The uneducated, unsophisticated, unsolicited and dangerous healthcare advice (“Don’t eat anything with gluten”; “Stop eating any carbohydrates”; “Take (choose one: garlic/vitamin E/Omega 3/ St. John’s Wort) supplements and you won’t need insulin”; “You aren’t allowed to have sugar, so I’m not going to give you that orange juice you just asked me for, even if you say you are having an insulin reaction”; and so on, ad nauseum);

The fear and exclusion: (“Lynda can’t come to the sleepover because she might die in the night and spoil the party”; “I (teacher) can’t possibly take Lynda on the field trip; I have 20 teenagers to watch and I’m not a doctor”;  “You are diabetic? Oh, sorry, we already (choose one: filled the position/rented the apartment)”;

I want to say to the world:  We are here. We walk among you, undetected and overachieving because we have to work hard to be ‘normal’. But we are tough. And smart. And tough and smart beats ‘normal’ any day.  You don’t know our reality, don’t understand what it’s like to be like us.  So just let us be. Just let us be and watch what we can achieve.  We will surprise you.