A sunny day of March 2003, the word COSTELLO entered my life. This was the day a geneticist said: it’s likely that your son has Costello syndrome. He didn’t say a 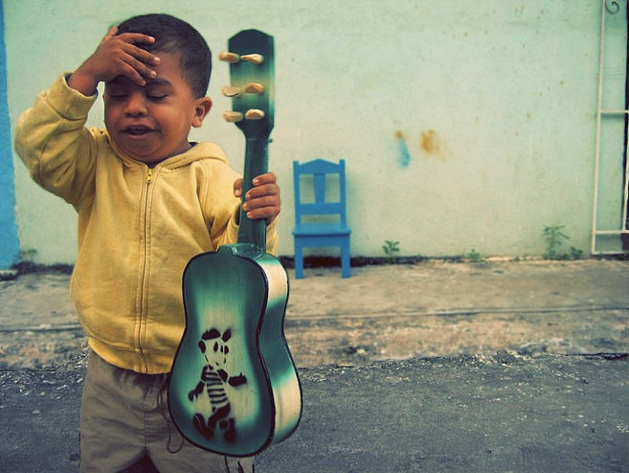 lot more, I didn’t ask anything and before I went back home he took a few pictures of my son. With a small digital camera and the flash in he took pictures of his face, close ups of his mouth, his nose, his hands, his neck, his feet. These pictures reminded me of the pictures you see in medical reviews to describe horrible diseases. My 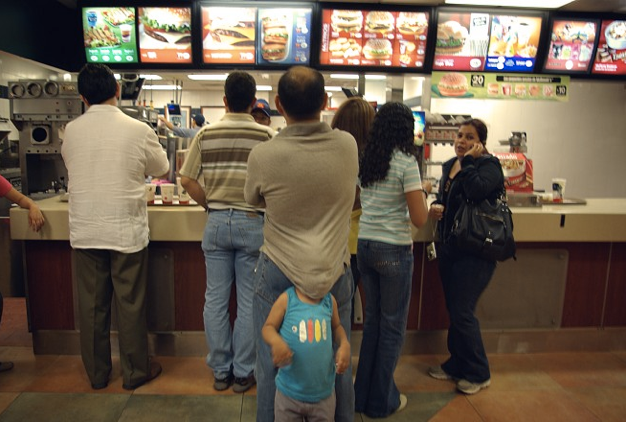 beautiful little boy whom I was so proud of his smile and black eyes, couldn’t possibly have a terrible disease…I couldn’t help thinking, if he wanted some pictures of him why didn’t he ask me ? I could have given him better ones where everyone could see what a nice baby he was.

Once at home I s 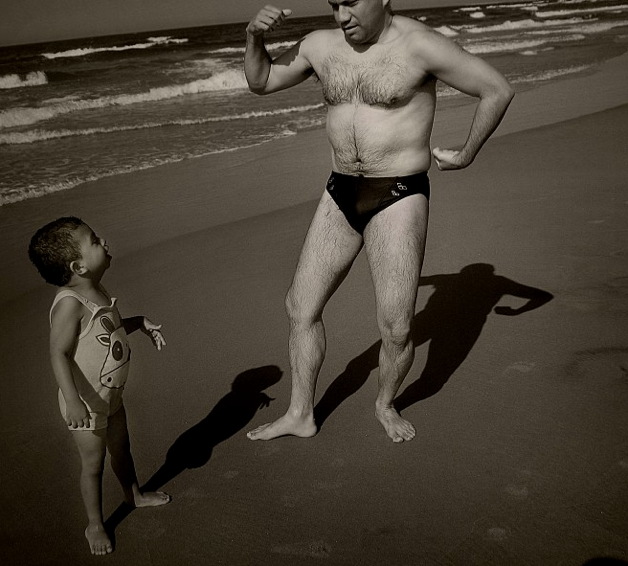 earched Costello syndrome on the web, I learned that “Costello syndrome is a genetic disorder that affects many parts of the body. This condition is characterized by delayed development and mental retardation, distinctive facial features, loose folds of extra skin (especially on the hands and feet), and unusually flexible joints. Heart abnormalities are common…. Beginning in early childhood, people with Costello syndrome has an increased risk of developing certain cancerous and no cancerous tumours….”

Also only 250 people in the world were diagnosed with Costello syndrome.

Now I knew why the doctor had taken these pictures of my son and also why he didn’t tell us anything about this syndrome. 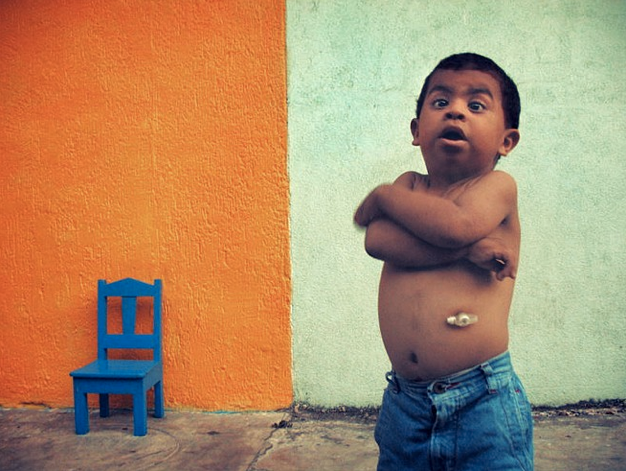 This first diagnosis happened when my son Ulysses, was 16 months old. Time passed and he’ll turn 7 in a month.

I can’t deny he’s not like a regular 7 year old. Yes his facial features are a lot like the other children who have Costello syndrome. Also he grows very slowly, he looks like a 3 year old. He started to walk when he was 4 years and 3 months, he started to eat when he was 6 years old. He still doesn’t speak much, only a few words even if he understands a lot more. We have to check regularly the development of his heart 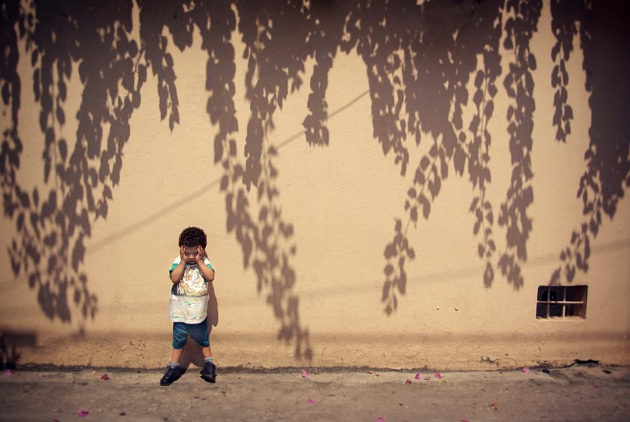 as he could develop cardiomyopathy, he sees regularly an orthopaedist ,and he’s got regular scans in prevention of tumors…He needs help to learn as he doesn’t have a good concentration, as he is much slower than regular kids. We encourage him a lot to give him the self confidence he needs to make progress . 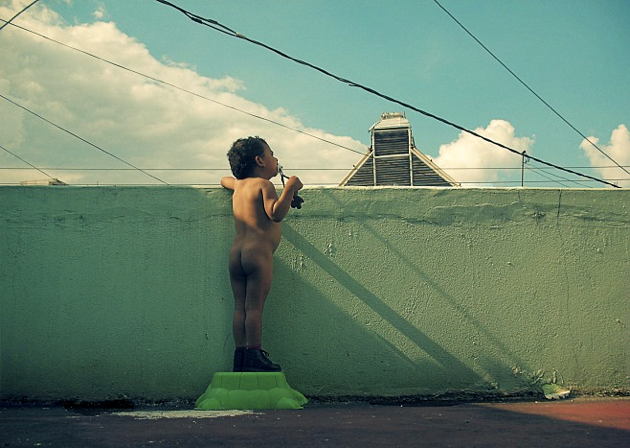 I’ve been regularly taking pictures of my son to help myself to see him and to show him to the world. 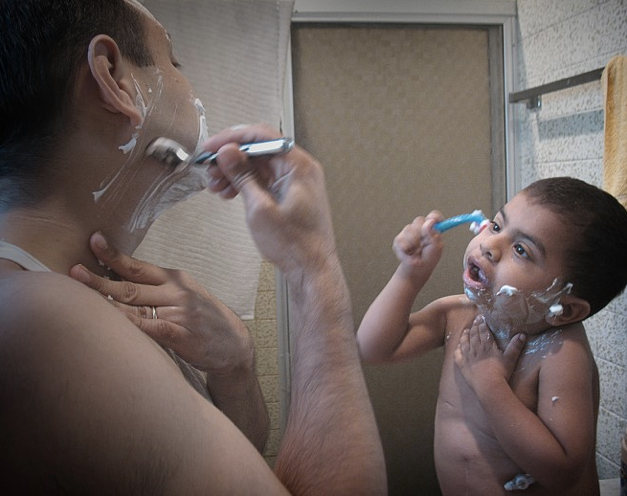 e to show how he resembles any other child, because that’s what I see now and that’s what it took me a few years to be able to see.

Ulysses is a happy child who loves life just like any other child: he is the centre of the universe and dreams that when he’ll be old enough he could go to work by car just like his dad. 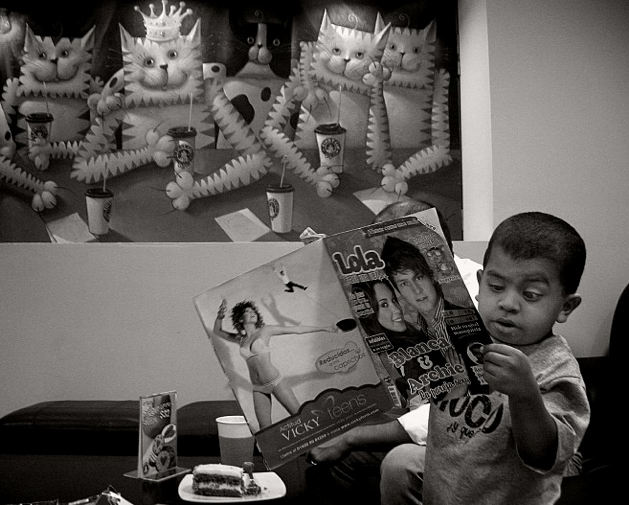