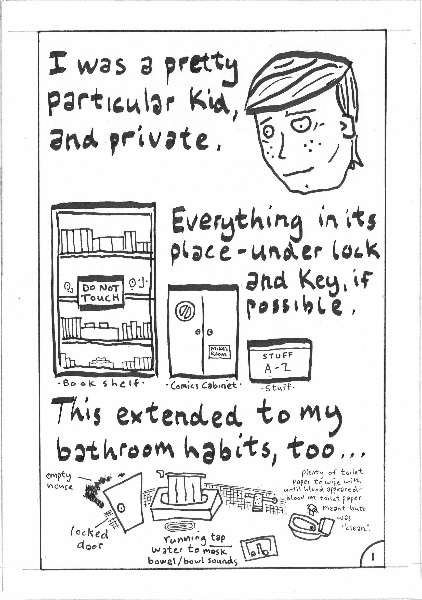 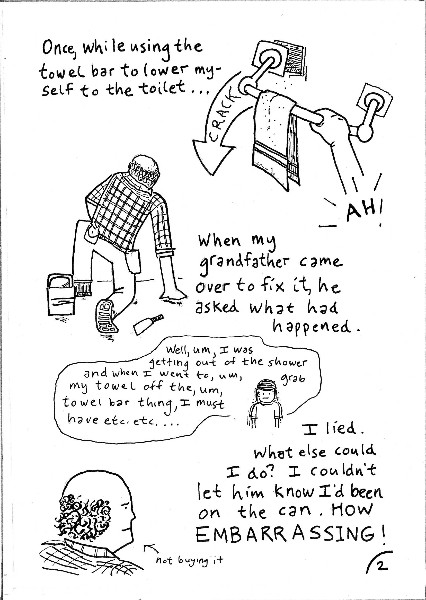 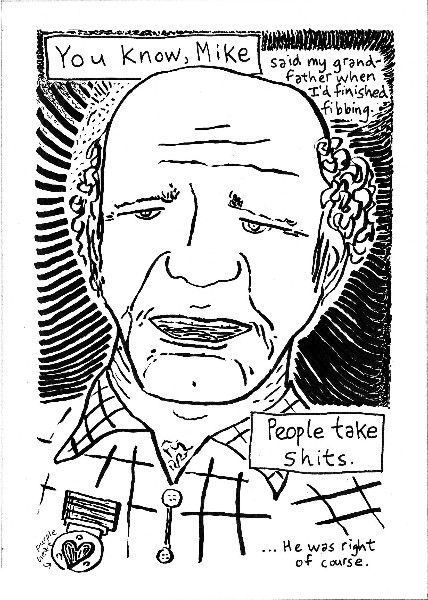 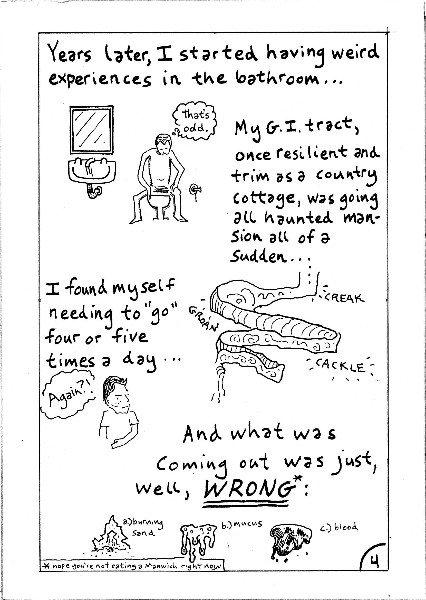 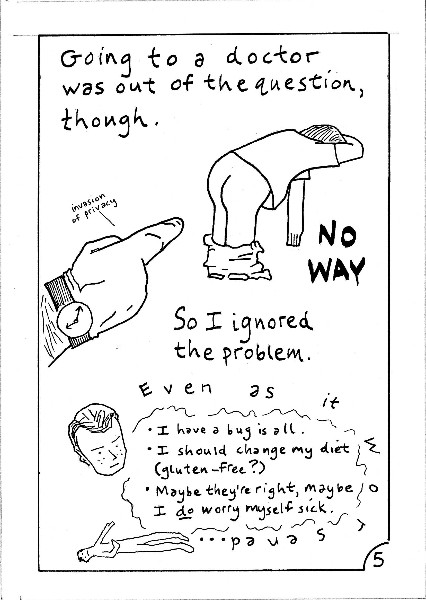 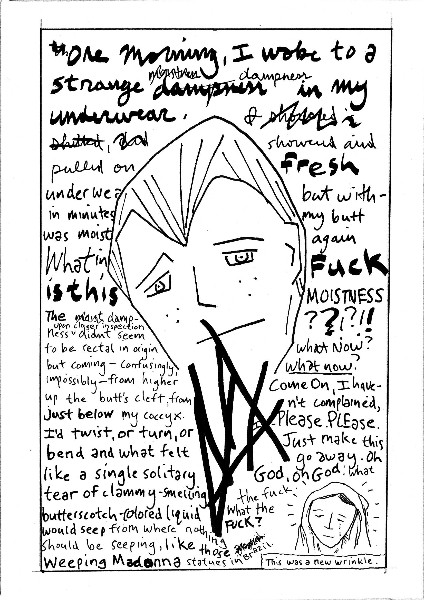 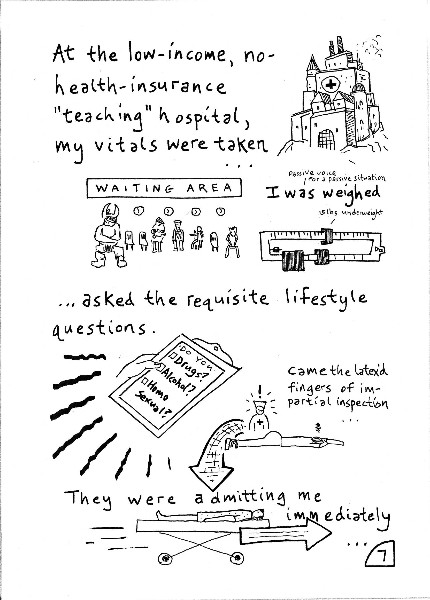 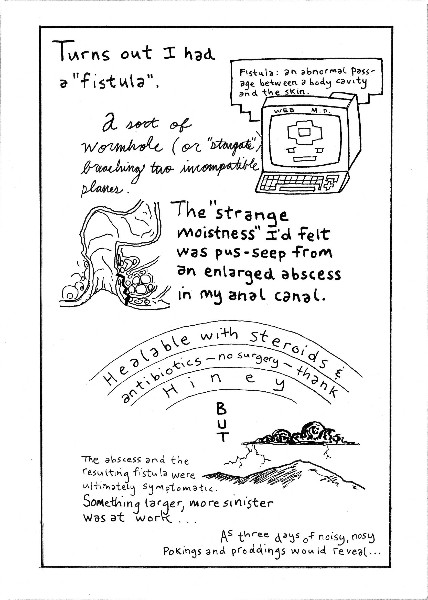 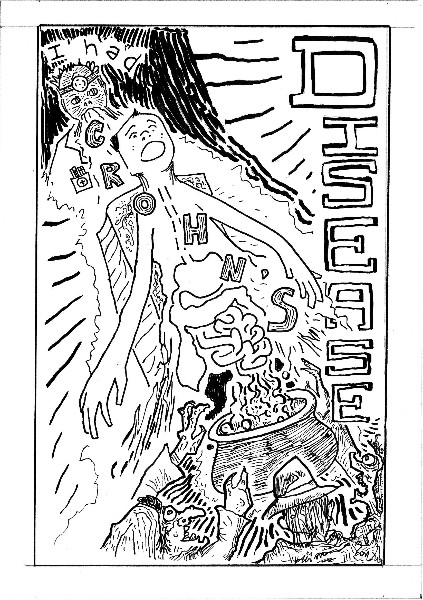 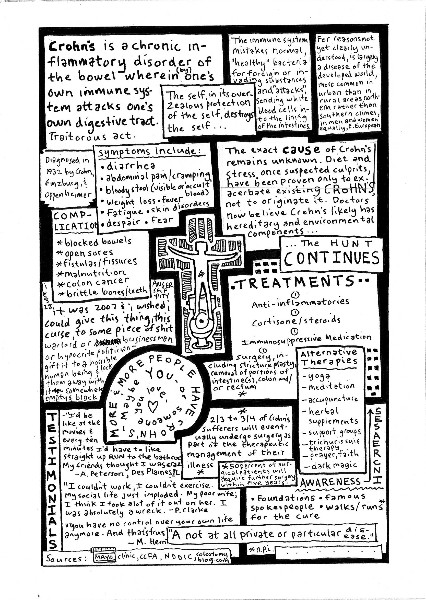 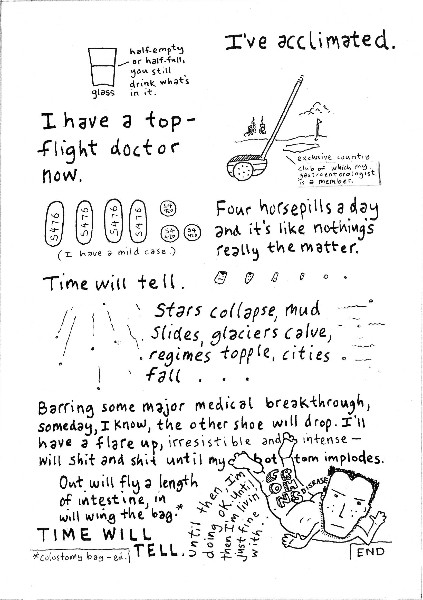 ‘Since being diagnosed with Crohn’s Disease in 2007, I’ve pilgrimaged, like so many others, on that long road toward the Mecca of consistent bowel health. So far, I’ve found the way to be not-so-difficult. I’m fortunate. Good doctor, relatively mild case. Still, what a frustrating, inexplicable disease Crohn’s can be! Embarrassing, slapdash, specific in its unspecificity. And that the origins of Crohn’s remain a mystery (i.e. we know what it *is*, just not *why* it is), a mystery even as more and more people seem to be “coming down” with a case, can tend one toward paranoid conjecture. Is it the environment causing this? Modern practices in the processing, preservation and packaging of foodstuffs? A general national over-tendency toward neurotic sanitization (some germs are actually good for you, toughen you)?

Who can say? Doctors, I suppose.

I am not a doctor. I’m a 33-year-old man who would like not to have blood in his stool. To that end (pun!), this comic – a gloss on that initial diagnosis and the perplexing, discomfiting months leading up to it – was my way of wresting a smidge of control from a situation bigger and more powerful than me. Bigger and yet, perhaps poignantly, very much me-sized.’