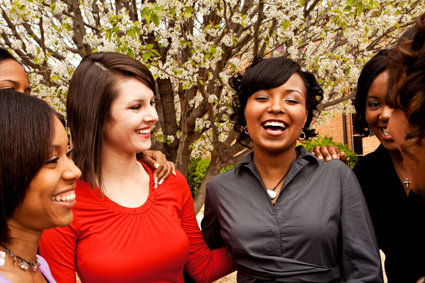 It’s been almost a year since my friend Kay and I had our car accident. We were only two years out of college and had just finished work. Both of our families lived far away so we were “it” for each other. We carpooled often, and that day was her turn to drive. It could have just as easily been me behind the wheel. The light turned green, and we started to cross the intersection. A driver was texting on his phone, ran the red light, and smashed into our car. I have no memory of what happened after that.

People tell me that Kay and I were pinned in the car, and that it took a while for the paramedics to get us to the ER. Kay was in critical condition with a severe head injury, her heart stopped several times, and they had to perform CPR on her.  We both hadgone into a coma.

Although I eventually woke up, Kay suffered severe brain damage. For days, doctors did everything they could to keep her alive – breathing machines, stomach tubes, and all the other “extraordinary measures.”  When her family finally arrived and found her advance medical directives days later, they found out she specifically said she wouldn’t have wanted any of that done to her if she was terminally injured or sick.

But in this case she had brain damage, which is different.  Her living will didn’t address this.  She did have a medical power of attorney giving her healthcare agent the power to make treatment decisions on her behalf if she couldn’t communicate, but who would have thought her healthcare agent – me – would be fighting for her life down the hall. Kay hadn’t named an “alternate,” because that wasn’t an option on the paper form that she had downloaded. Despite all of the medical treatments she received, Kay died from her injuries a painful week later.

When the doctors told me everything, I cried. It would be another three months before I was well enough to leave the hospital myself, and all I could do was wonder how we could have avoided all of the pain and suffering that Kay, her family, and even the doctors and nurses that treated her went through. I still think about it every day.