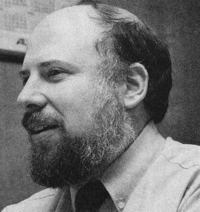 Twenty five days before my father died, on my birthday exactly six years ago, he gave me a present. He had the sparkle back in his eye—the one that had been reduced by pancreatic cancer to an ashen ember—when he gave it to me. It was a small package, rectangular in shape, in crisp brown-paper wrapping. Twine neatly wrapped around the corners, crisscrossing back and forth arriving at a bow crafted by the sure hands of a man who built his first model airplane at age seven.

This small brown package will be the final gift my father ever gives me.

My family does gifts strangely. For instance, we have our own mangled interpretation of hanukkah, where each person of the family has a night to give out presents. If we have five people home for hanukkah, we celebrate only five of the eight nights. The joy of gifts are in the giving, not receiving, so before opening your present you must first guess what’s inside. This tradition is “plenty questions”, a more forgiving version than the standard twenty questions.

“Animal, Vegetable, or Mineral?”, I ask.

We are in it for the game of teasing the gift out of the gifter. It’s like extracting a ball of yarn from a kitten. The tugs, pulls, and misdirections are the fun. The question must answerable by a simple “yes” or “no”. Naturally, the later into the questions we get, the more liberal this rule becomes. We don’t break the rule exactly, but answers become not-exactly’s and yes-but’s. In past years, the givers have often spent hours creating elaborate disguises for the gifts. I’ve shaped styrofoam into a fantastic reptilian shape to disguise a pair of earrings for my mother. She guessed them perfectly anyway. There may be collusion going on.

We often waste questions on silly asides. We ask about refrigerators and ostrich eggs when the gift is clearly book shaped. But my father is sick. Where there was once the thought that a cure might be found, only fleeting misplaced hope remains like a high school summer fling dissipating in the face of college. We know there isn’t much time. Still I ask.

“Is it bigger than a bread box?”, I stare at the package in my hands. In it is my father. The man who invented the Macintosh and misnamed what should be the “typefaces” menu the “fonts” menu. He never forgave himself for his incorrect usage of English. He groomed with exacting use of language and considered that mistake a failure of being young and reckless with semantics. The man who invented click-and-drag was now the man who could hardly keep his gaze focused on his son. The box is, of course, smaller than a bread box. It’s a question we always ask. My family smiles out of habit.

“No”, my father says. A long pause. “No”, he says again, “it is smaller than a bread box. Smaller and sharper.” He speeds the guessing game along. Time.

“Sharper?”, I ask. A knife? The box is too small for a typical kitchen knife. It could be a Swiss Army knife. Jef always carries one. The big blade is for food, the little blade for everything else. He gets a bit indignant if you borrow it and use the wrong blade. I have a Swiss Army knife, but I haven’t carried it since airport security theater ramped up after nine eleven. It probably isn’t a knife. Maybe a razor? One can’t just ask outright, that doesn’t give enough information when you are wrong. Something sharp could be many things. Seeking something more strategic I ask, “Can it be found in a bathroom?”.

Three days before he passed, Jef had an accident. He needed to use the restroom, so—stooped under his arm—I supported his weight as he hobble to his business. There was something quietly unsettling about escorting my father to a toilet that had been taller than me when we first moved into the house twenty years earlier. I sat him down, walked out, and closed the door. Moments later, a crash jolted the house. I slammed the door open. The metallic smell of water fresh from a pipe whipped my nose and water flooded the floor. The toilet was dislocated from its base like an arm from its socket, and lodged between the toilet and the wall was my father. Despite his size, he looked small and meager. He stared up at me with eyes full of innocent surprise. Why am I on the floor, they asked? Why am I wet? The shocked curiosity in his wide-open eyes is the single most haunting image I have of my father. Into the dark space between closing my eyes and falling asleep, that image sometimes steals. When it does, there is no help for it. I have to get out of bed and go for a run. Otherwise, sleep will be overshadowed by those confused, guileless eyes. 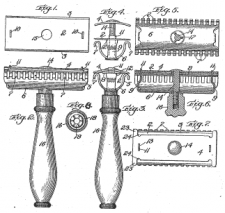 “It must be a razor?”, I ask. He nods his assent with a satisfied smile. He gestures for me to open it. Carefully undoing the knot, the twine, and the paper reveals a cardboard box on which he has written “For Pogonotomy”. Of course there is a word for beard trimming, and of course my father knows and uses it. In high school, I played a trick on my teachers: in every essay I used my own made-up word. I used “indelic” to mean something between “endemic” and “inextricably entwined”. No matter how many times I trotted it out, not one of my teachers caught me. I used it once in passing with my father and he immediately but gently pointed it out as a non-word. Some men spend time meticulously trimming their beard. My father trimmed his vocabulary. Language is communication, and my father was fastidious about it. Often when we got into particularly deep conversations, he’d pause and continue the rest of the discussion in written form where he could distill his thoughts into a sharp crystalline relief.

The razor itself was a vintage safety razor. Looking at it, I understood his intent. It is an inventive and simple design. The razor takes a flat blade and arches it under a metal shield, giving the blade both greater mechanical strength as well as a protective sheath that keeps you safe. It’s the kind of clear insight for which all designers and inventors strive: beauty in the simplicity of using constraints as advantages.

It’s that message, rendered in steel and wood, that was my father’s final gift to me. A way of looking at the world through the lens of playful questioning. That razor remains with me as a physical reminder of an incorporeal way of thought. Twenty five days later, the razor remained but my father did not.