Being diabetic for only two years now, I’ve certainly noticed a difference in how I participate in sports. Prior to, I could be out all day playing hockey in the street, practicing my serve at my local community centre, working on soccer drills with my uncles. I was a bursting ball of energy—never ending. It was annoying to all others I’m sure, and for the most part I still am that way. However, I didn’t need to worry about what I had for breakfast, how much insulin I gave myself last night, or what my blood glucose should be before active behaviour.

Knowing some semblance of how integral controlling your sugars are while being an athlete, is entirely overwhelming. Biking with the Cycle 4 team this summer gave me that semblance, though I’m confident that professional athletes with diabetes have an even more rigorous regime. I’m still athletic, go to the gym everyday, and eat well—but these competitors have to truly be on their game; one low blood sugar can scar your career and reputation, and thus salary and fan base decline. Despite this, determination is a disease that all athletes share, especially those with something to prove on their road to success.  I’m proud of and motivated by the following individuals and all others, who like me as a diabetic, don’t take “no you can’t” as an answer. 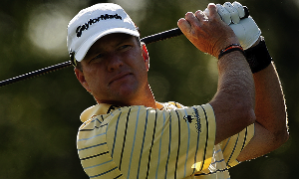 Scott Verplank began obsessively golfing at age 7, but two years later was diagnosed with his other problem obsession in life. After going into a diabetic coma, which was thought to be the flu, Scott woke up days later in the hospital surrounded by family. Many years past, he wears a Medtronic insulin pump, and is a PGA tour star: he represented the US in the President’s Cup, and even won the Ben Hogan Award in 2002, given to a successful golfer with a handicap or illness. Scott can’t simply stop for some juice on a shot; it’s his responsibility to manage in-between holes. Try doing that while driving a golf-cart. 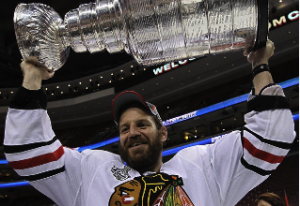 NHLer Nick Boynton was misdiagnosed with type 2 at the age of 19 while at training camp, losing 30 pounds. Eventually found to be type 1, Nick is more conscious of his diet and workout regimen, wears a pump, and between intermissions consults team medical personnel to make sure his sugars are in line. He also volunteers his time at the Joslin Center for Diabetes in Boston. Nick says that checking your sugars as often as possible is the key to success—which he knows something about, winning the Stanley Cup with the Chicago Blackhawks in 2010. 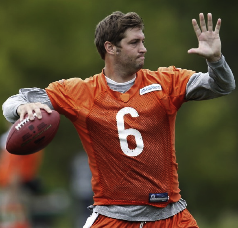 Jay Cutler is probably the most well known athlete with type 1; the NFL quarterback was diagnosed at 25 during training camp, as he lost 33 pounds and the zip on his passes. An avid pumper (when not playing), he says he definitely notices a difference in his mood from prior to being diagnosed, to now. Currently, Jay works with Dedicated to Diabetes, an organization that aims to improve public knowledge about the disease. Not only that, but in 2009, for every touchdown he threw, Eli Lilly & Company sent a child to ADA’s Camp Scholarship by donating 1000$. I’m a Chicago Bears fan solely due to him. 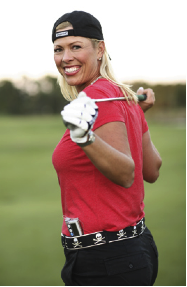 LPGA golfer Michelle McGann was involved in a clinical study in her youth, giving her the freedom of an insulin-free lifestyle for five years before the effects wore off.  Diagnosed at 13, she is overwhelmingly active in the diabetic community. Not only is she a published author and open pumper, she assists at the Diabetic Research Institute in Florida, speaks regularly for healthcare organizations, and in 2008 formed the Michelle McGann Fund dedicated to serving underprivileged type 1ers—her website even offers diabetic friendly recipes.

Our next pair of MLB players both happened to have the same position, played for the same team, and have the same condition. Mark Lowe was diagnosed at age 25 while at spring training; losing 15 pounds, he somehow managed to record a career high in strikeouts the same year. In the stall next to him in the Seattle Mariners locker room? Brandon Morrow, diagnosed at 18, who says managing his diabetes is all about routine, which his pump efficiently provides. Morrow shed his knowledge and advice to Lowe—who both have changed from starting pitchers to relief pitchers, to better control their blood glucose levels. Brandon now pitches for the Toronto Blue Jays (I may have his jersey), and recently teamed up with JDRF and the PLAY Campaign to promote healthy lifestyles to children. 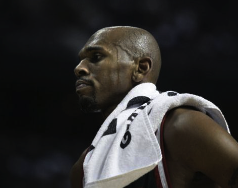 Though NBA player Jerry Stackhouse doesn’t have diabetes himself, an honorable mention was due. Jerry lost both of his older sisters to diabetic complications, and both his parents were recently diagnosed with type 2. Noticing the early symptoms, he believes, is the most important key to managing your health. At one point deemed “The Next Jordan”, Stackhouse has started his own charity called the Triple Threat Foundation, for diabetes research and awareness.

Gary Hall Jr was on top of the world after the 1996 Atlanta Summer Olympics—he had won two golds for his country on home soil, and was anxiously awaiting his next chance to show off at Sydney in 2000. However, a few months prior to leaving for Australia, doctors told him his swimming career was over when he was diagnosed with type 1 at age 25. I love to prove people wrong, and apparently so does he—Gary went on to win two more golds, a silver, and a bronze in Sydney (and another bronze in Athens). 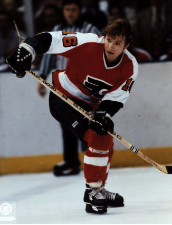 Current Senior VP of the Philadelphia Flyers—the NHL franchise that gave him his start—Bobby Clarke won the Stanley Cup twice, and the league MVP thrice. This Hockey Hall of Famer was 13 when he was diagnosed with type 1; however back in the 60s, glucometers weren’t really around. Teams were hesitant to draft him due to his illness, and he even had two diabetic seizures at training camp. His best advice to young athletes with diabetes is to always eat prior to play—and even follow in his footsteps, of keeping chocolate bars and glucose gum in your hockey equipment on the ice.

Adrenaline and stress have messed with my sugars previously—and I didn’t have a stadium full of people watching me, and a few million others watching at home. I cannot imagine, in that one pinnacle moment in your career, to say that I may have not done as well as I could have, because of my blood sugars. Even to publicly admit to that—I’d want to be known as the hockey player who happens to have diabetes for example, not to be known as the diabetic hockey player. I wouldn’t want anyone to say, after a cure is found you’ll be that much better at your sport. No. Slack shouldn’t be cut for being type 1; athletes and diabetics alike don’t consider excuses, as answers.