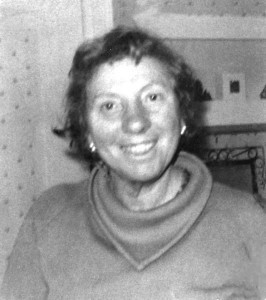 My mom died almost three decades ago. She’d made it super clear to my sibs and I that her wish was to live at all costs. The thing is, none of us realized what those (human) ‘costs’ would be. And we’d never thought to explore what ‘quality’ meant to her life. A bit about my mom: She was a constant learner. Nothing made her happier than being immersed in a new subject. After my father died suddenly of a heart attack, she became associate producer for my documentary-producer brother. Their topics ranged from women with breast cancer (my mom was a survivor) to rapists and murderers. By the light of her eyes, and her proud demonstration of new jargon, you could practically see my mother’ s brain expanding. At age 65, mysterious ailments began to plague her body (she’d often lament: it ‘s such a shame that my body is deteriorating while my brain is becoming more honed)

The ailments were eventually linked to the real problem: a brain tumor. Suddenly, an inability to say the right words to make herself understood was put into a new and horrific light. Options were surgery and – if unsuccessful – radiation. Oldest sis was the official maker and felt she was following my mothers wishes when giving the go-ahead. Although I was nowhere near as certain my mother would want this assault on her body, as the youngest there was little I could say or ask (family patterns being what they are). The remainder of my mother’s life was godawful. And made the more horrible because – although there was little that she said that made sense – she was clearly saying ‘no,no, no’ as she was wheeled into radiation. She died, not of the brain tumor, but of pneumonia.

The conversation I so wish I could’ve had would’ve been based on questions I didn’t know then. What was asked was: ‘what ‘s the survival rate of/success rate from the surgery.’ What should’ve been asked; ‘What’s going to be the impact on quality of life? How long will recovery take? What will it ‘look’ like? Might there be other complications to consider?’ Of my mother I would’ve asked – long before the crisis point – what’s important to you? What worries/ frightens you?

All this I have learned from participation in social media – starting with lurking on tweet chats for healthcare professionals devoted to ensuring ‘a good death’ and through this amazing group – links to resources (that’s how I got to the conversation project). I was motivated to embark on my own journey. The more I journeyed, the more I realized how little I knew – about medical options, and what and how to reflect on values – as relates to my own life’s end. And so www.BestEndings.com was born.

And now, I am impelled and compelled to have The Conversation with everyone! Most recently my 91 year old father in law who, I’m happy to say, was hugely relieved to talk and learn and feel like he could make informed choices. (much to the surprise of his sons – who anticipated him shutting me down)

Thank you for the platform to share journeys.. and conversations.

Kathy Kastner is your roving reporter in the real and virtual universe of aging, always seeking ways to grow old with dignity, living life to the fullest, and with as much joy as possible. She is the curator of  Ability 4 Life a site dedicated to elder care resources, and Best Endings, a comprehensive guide to end of life decision making.