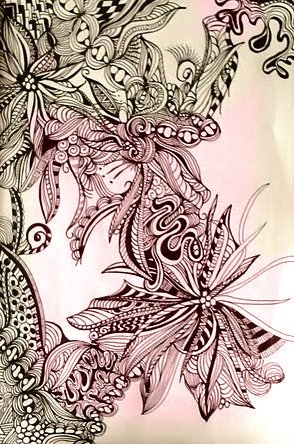 the morning of saturday september 18, 2010 i woke up like always…. SLOWLY… i am not a morning person at all… i hate waking up… it takes me forever… and talking? don’t even think about it…at least for an hour… i have such a fog in my noggin that i can’t even begin to process a conversation let alone a little short sentence. coach has figured this out… he’s one of those disgustingly happy people when he wakes up… instance bounce… ugh.

i laid in bed for a minute to get my mental bearings when it dawned on me…. gotta pee…. i gradually moved my legs to the side of the bed, and over…. so far so good…. i stood up… and was going to walk into the bathroom… like i have done all the 16,364 (give or take a few) other days of my life…. only one problem… my feet wouldn’t go forward! holy hell… they would only go up and down… like an idiot marching in place and increasingly worried that i would pee right there on the floor…. panic!

but only briefly…. after about 6 or 8 marching steps i moved forward….whew! i make it onto the pot… sitting there contemplating life as usual…. but the main thing i’m wondering was “what was up with that? marching? weird… huh”…. and it then dawned on me that i was holding on to the walls… i was dizzy, and the walls were helping me keep my balance… thank you walls!

i was working at my second job that day… 1 1/2 hour drive away… no big deal, we do it all the time… it’s home… that’s where my other job is…. i have continued working there since i moved away… coach and i left on time and made it without problem…. throughout that day there were a few more times that my feet wouldn’t go where i wanted them to….but it didn’t last more than a minute or two at the most….

my kiddo came to the workplace and brought the grandgirls for a visit…. as we were sitting there talking, i jokingly told her “i have self-diagnosed today…. i think i have MS”…. now why would i say such a thing? with only those briefest of anomalies that day? in the back of mind somewhere….somewhere in my soul…. i knew something wasn’t right… i couldn’t really define it and i was trying my best to ignore it….

work ended that day, coach & i drove back home…we had a nice evening, uneventful. i can’t recall what we did…but most likely we sat around the house playing on our respective computers while watching some tv…it’s what we do…

sunday the 19th, i had a few more episodes and i fell down. ugh…. right off the porch. no injuries other than my pride. i also had the usual tingling in my hands and feet…. i was getting more concerned and mentioned it all to coach… told him i thought i had MS… we sort of laughed… but we now were both concerned….

monday was even worse, and tuesday worse still… i started writing down all of my symptoms…i even put them in a post because i was afraid i might forget them:

when i reviewed this list, as i wrote it all down, i realized that something really is not right at all… i needed to go see a doctor….

thankfully, i had already made an appointment several months previously for a check up…. i had a mammogram back in april and the first shot in the hep a series… the timing of this appointment couldn’t have been better…. i mean, you know how hard it can be to get an appointment… near impossible… and my list of stuff was growing and i was getting pretty worried….

on september 23rd i went to the doc… pulled out an index card with my list on it… handed it over… he said “hmmm” a few times… then he said i needed to see a neurologist…. great, fabulous. fanfreakintastic…. he gave me the name of a guy and told me to call today…

that’s just what i did. now this was a new experience for me. i spoke to the appointment girl on the phone. she told me how it works “give me a list of your symptoms, and your primary care doctor’s name/number. after the neurologist reviews it all, we will call you back and let you know if you can have an appointment.” um, okay…. if i can HAVE an appointment? she went on to tell me that i should hear something within 48 hours… this was on a thursday… i hung up thinking i wouldn’t hear from them again until sometime the next week….

but hold on… the phone rang… less than 45 minutes had gone by…. “Ms. Stakes? can you come in now? the neurologist wants to see you today…” crap. not a good sign. at all.

coach was at work, it’s a thursday which means football game that night…. so i went on my own for my very first ever appointment with a neurologist….

** since that day – that time in my life 1 1/2 years ago, i have continued to write… it is my salvation. i have done well finding the humor in a really bad situation… and i have found art! art, glorious art!

my neurologist suggested to me way back then that i try art therapy… i sort of thought “pfffftttt, whatever” … but you know? it has helped… and i think i’m getting pretty good at it… at least by my standards (remember though, i have a messed up brain).

note to self: polish the marbles, they are getting a bit foggy.

other note to self: buy some posty notes.

one more note to self: don’t forget to take the shopping list.