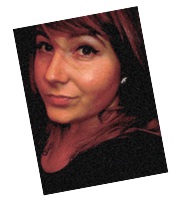 I replayed his words over and over…and over. I looked straight ahead and saw nothing; the room was a blur of colour. I felt faint. It was the most dreamlike feeling. In that moment I was so aware of everything I was doing; it was as if I could only blink in slow motion. It was beyond surreal. My heart sank. I could hear my unsteady breathing. I could feel my chest as if it was rising a mile each time I took a breath. If the doctor continued to speak, I heard nothing. I was completely and utterly numb.

I felt my heart beat pound in my ears and I felt the blood drain from my face. The tears came and I could not stop them.

I looked intently at the faces of my parents. Both seemed to be in disbelief, gazing into an ethereal cloud of reality that had just dawned upon us. I wish I could have known what they were both thinking at that very moment.

I’m sure no parent ever wants to be told that their seventeen year old daughter has cancer.

I looked out the window into the brilliant sun. The clouds seemed to move at lightning speed, the earth turning unsteadily as my delicate world shattered around me.

My life came to a screeching halt.

I heard the doctor, but his words were so far away, “The good news is, you’re going to live, you only have thyroid cancer.”

Only. That’s a sharp statement if I ever heard one. If you only have five pieces of candy left, you still have candy. That was the point. I had thyroid cancer. I actually had cancer.

My father looked out the window in trepidation.

My mother was crying.

The doctor sat in an awkward silence on his spinning chair after giving unsettling news he most likely gave quite a few times a day. I could not shoot the messenger. I could not yell at him. I couldn’t tell him he ruined my life. I couldn’t hit him. I wanted to smash his head into the counter. I wanted to break the window with the chair his behind was firmly planted on. I wanted to throw a tantrum. I so badly wanted it to be a sick joke. But it was far from a joke and I could not be angry at anyone.

I will never ever forget that moment. I had been diagnosed with cancer and it was one of the defining moments of my life.

Megan Oates is the author of “Would You Like Your Cancer?“, a candid uncensored account of what its like to be a teenage cancer patient. From diagnosis right through surgery and treatment, Megan shares her most intimate, personal details. “My life at that point was kind of a joke. I had cancer, I was being cheated on, I didn’t get to go to college. I was jealous of everyone else….” The book is available at Chapters and Amazon.